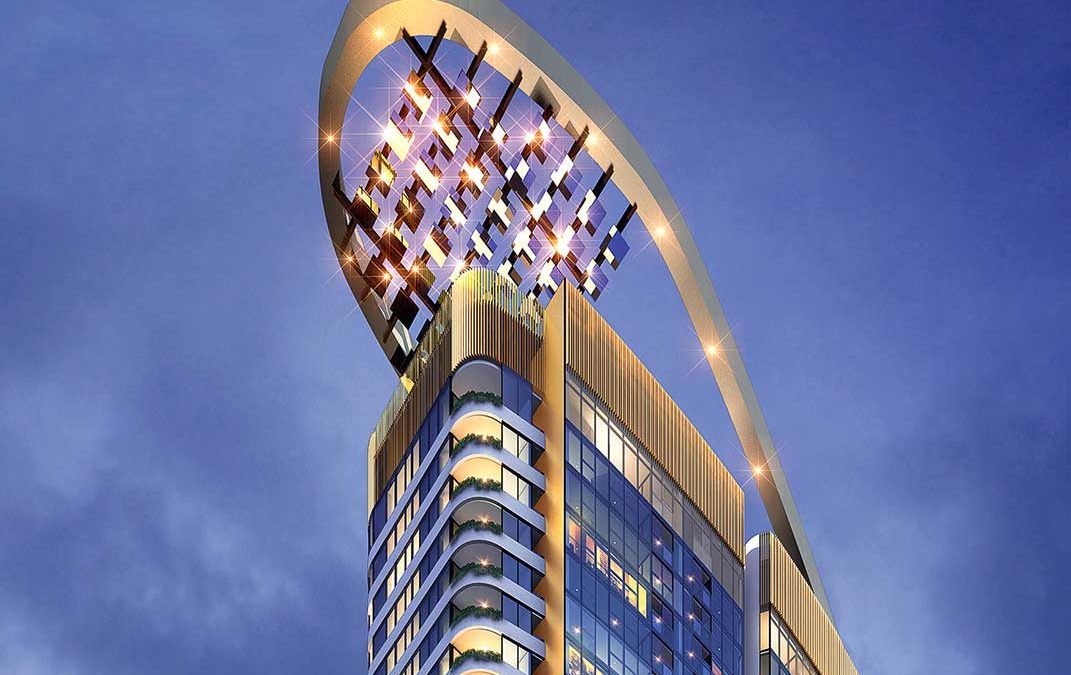 Original article from The Urban Developer

The Billbergia Group is getting ready to put the jewel in the crown on its $2 billion Rhodes Central precinct, four months ahead of schedule.

The group topped off the 39-storey tower at 14-22 Walker Street in Inner West Sydney and will place a striking golden heliostat atop the structure in coming months, taking it to 145m in height.

A 20-metre high architectural design element, the heliostat will use mirrors to reflect light into the previously-overshadowed Union Square on nearby Mary Street.

Stage 1 of the project has a $450 million construction cost and consists of the heliostat tower and a 25-storey tower, totalling 548 apartments on top of a 12,000sq m shopping centre.

There are plans for another three towers in the Rhodes Central precinct as well as a $70 million community recreation centre to be delivered in the next stage.

Although the heliostat tower will be the tallest building on the Rhodes skyline, the NSW Department of Planning recently revealed plans to add 4,260 units in the area, with the tallest towers reaching 45 storeys.

Billbergia Group managing director John Kinsella said they are particularly proud of the project team, given the challenges created by the pandemic.

“Delivering a project which is four months ahead of schedule, while managing Covid-19 health restrictions is a significant achievement,” Kinsella said.

“It shows the high level of co-operation that’s occurred between the private sector and Government to keep the construction industry going.”

“We’ve delivered the project safely without major time loss or injury, which says a lot about our construction team and a rigorous approach to both safety and construction methodology.”

A topping out ceremony was attended by the minister for water, property and housing Melinda Pavey who followed the tradition of placing a tree on top of the main structure.

Topping out ceremonies can be traced back to a Scandinavian religious rite to appease tree-dwelling spirits displaced during construction of new buildings.